Milan take on Sampdoria in the Coppa Italia on Saturday evening, and Gennaro Gattuso is being tipped to field a strong line-up in order to secure safe passage to the next round.

The Rossoneri ended 2018 on a high note with our win over SPAL, and it’s hoped that having put a dire December behind us, we can begin the new calendar year with a positive result.

With the Super Cup showdown with Juventus next week coupled with Serie A getting back underway on January 21 with a trip to Genoa, it’s imperative that Milan hit the ground running and build momentum as ultimately winning silverware and securing a top-four finish are the objectives this season.

As noted in the club’s tweet below confirming the 23-man squad for the Sampdoria encounter, Suso misses out as he continues to struggle with a groin problem that was affecting him last month.

Davide Calabria is suspended, while the other long-term absentees including the likes of Lucas Biglia and Mattia Caldara remain sidelined through injury.

However, there is plenty of good news too as despite the transfer speculation surrounding him currently, Gonzalo Higuain is expected to start, as is January signing Lucas Paqueta who is being tipped to make his debut immediately, as noted by MilanNews.it.

With that in mind, it’s likely that Samu Castillejo will be shifted onto the right flank with Hakan Calhanoglu moved out on the left, facilitating Paqueta’s integration in a natural central role on the left of the midfield three.

That should provide us with the right balance in midfield, with Tiemoue Bakayoko and Franck Kessie providing the defensive solidity and energy to offer the coverage needed to allow our attacking players to go out and win the game.

Elsewhere, it’s suggested that Diego Laxalt could be given a rare run out ahead of Ricardo Rodriguez at left back, while Mateo Musacchio will continue his recovery from injury with a start having made his comeback prior to the winter break.

Ignazio Abate is expected to get the nod ahead of Andrea Conti at right back, although it would be a surprise not to see the injury-plagued Italian get a run out as he continues his own comeback from two serious surgeries. It’s hoped that it’s more than a mere few minutes at the end of the game though.

Pepe Reina will reportedly start between the posts, while captain Alessio Romagnoli will continue to marshal the backline in what is a strong XI, and one that is more than capable of booking our spot in the next round if we play to our capabilities. 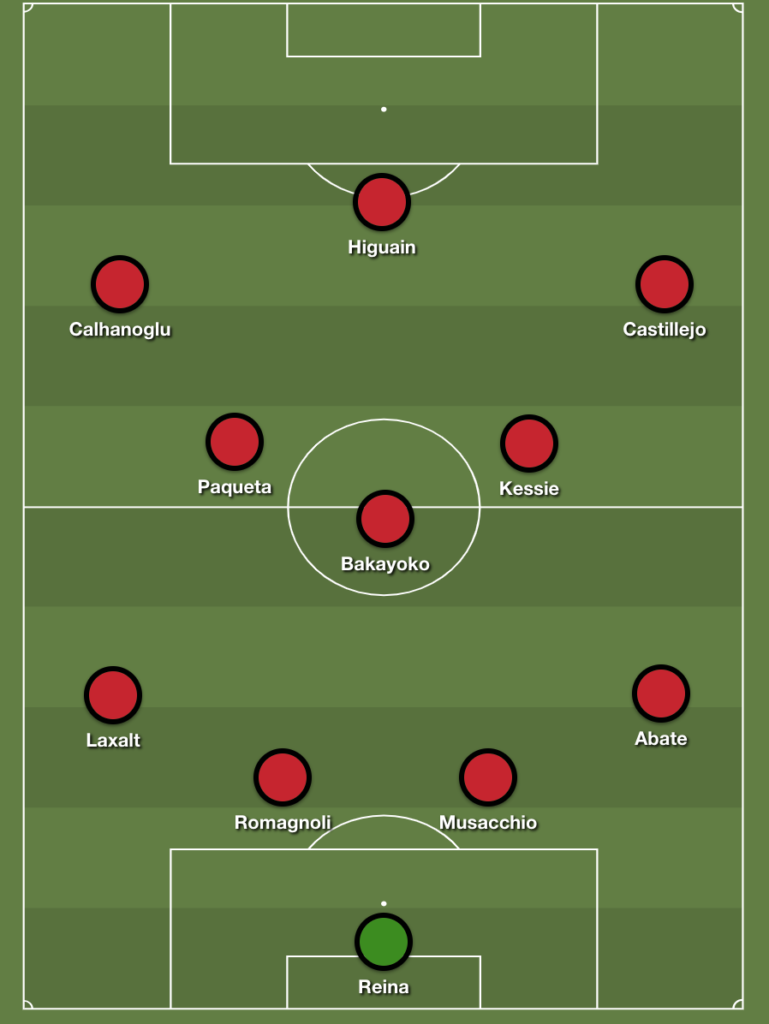