Speculation has been rife regarding Milan’s transfer plans this summer, but frankly until management is in place and a new coach is appointed, new signings are some way off.

As noted by MilanNews.it, the pieces are expected to fall into place in the coming days, with Marco Giampaolo heavily tipped to become Gennaro Gattuso’s successor, while Paolo Maldini will lead as technical director.

SEE MORE: Why Marco Giampaolo could be a sensible fit for AC Milan; Tactics to key players who will benefit

Zvonimir Boban could return to the club while a sporting director has yet to be identified, and that could arguably be the most important decision to ensure that we build a squad capable of competing.

However, as has been the case since Elliott, and particularly Ivan Gazidis, arrived at Milan, financial sustainability and FFP rules have become the key priority. While it’s hoped that measures and strategies being put in place will help our position off the pitch, talk of potential sacrifices refuses to go away.

As per La Gazzetta dello Sport in a bid to balance our budget, we may well have to sell to generate capital gains and lower the wage bill to move towards a stronger financial position while balancing that with trying not to significantly weaken the squad.

Gianluigi Donnarumma, Suso, Franck Kessie and Andre Silva are all specifically mentioned in that report as being possible candidates to be sold, but focusing on our current squad, there could be an argument to suggest that there are four main individuals who should be considered untransferable.

As suggested in the report above, Donnarumma is perhaps the easiest option to raise funds with interest from Man Utd and PSG. However, the 20-year-old is coming off the back of arguably one of his most consistent seasons yet and uncertainty over his future generated by his agent appears to have gone away.

Having made decisive saves on countless occasions and proven himself to be one of the top players in Europe in his position, it’s hoped that Milan can keep hold of him. With Pepe Reina and Alessandro Plizzari behind him, perhaps the former could be moved on instead to allow the youngster to move up the pecking order and act as second choice given his performances in the U20 World Cup this summer. 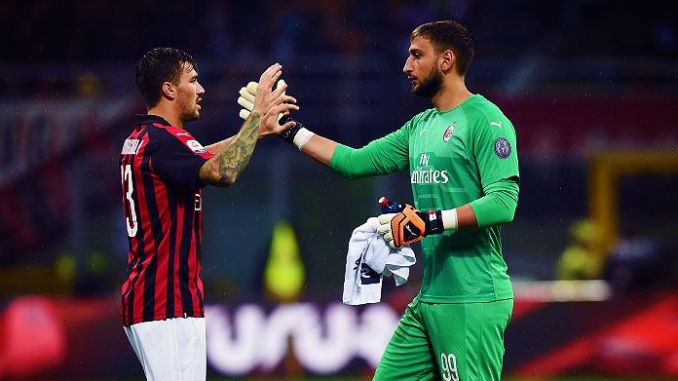 The improvement and development in his game has been clear, with the 24-year-old maturing and offering consistently excellent performances in the heart of the defence.

Perhaps he won’t get the level of credit that he deserves from those outside of Milan until he performs on the big stages in the Champions League and at international level, but that suits us just fine as there is no scenario in which selling our captain makes sense.

A pillar of the defence for years to come, we must continue to make progress and achieve our objectives to rule out any possible reasons why key players like Romagnoli would want to leave, and it’s hoped we get to see his partnership with Mattia Caldara flourish next season.

The 21-year-old wasted little time in making a positive impression after his arrival in January, as although he only managed one goal and three assists in 17 outings, he certainly raised the level of technical quality in our build up play when playing as the creative player in the midfield three.

With Giampaolo rumoured to be coming in, Paqueta could flourish as his trequartista in a 4-3-1-2, giving him the creative keys in the final third to run the show and link between the lines to add real quality to our attacking play.

Similarly to Paqueta, his arrival in January gave us a huge lift and his quality was evident immediately as he ended the campaign with 11 goals in 21 games.

Often found himself isolated and ineffective as we struggled to create chances during a damaging slump in form, but again, the switch to a 4-3-1-2 will surely suit him and bring him closer to his teammates to have a bigger impact on games. A natural goalscorer, he must lead our line and we must provide quality service. 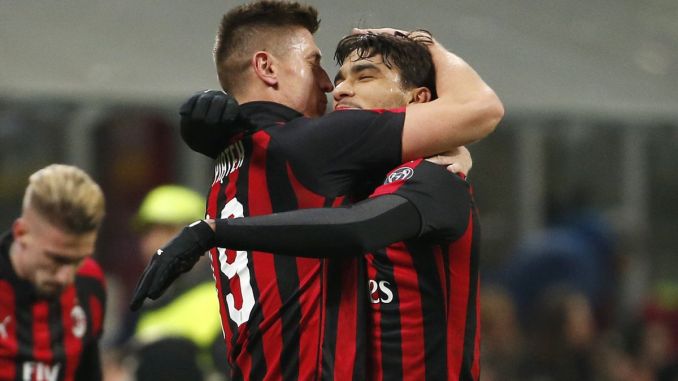 Who else could leave?

Ignazio Abate, Cristian Zapata, Andrea Bertolacci, Riccardo Montolivo and Jose Mauri are all out of contract at the end of the month, while Tiemoue Bakayoko won’t return on a permanent basis from Chelsea.

That’s already six players gone, and they will need to be replaced with options that can provide quality depth. One of Reina or Antonio Donnarumma could go, while Diego Laxalt, Ivan Strinic, Kessie, Suso, Fabio Borini, Lucas Biglia, Hakan Calhanoglu, Samu Castillejo and Patrick Cutrone have all faced speculation.

Naturally, they can’t all leave as our squad would be left threadbare, but depending on how much turnover can be done, an overhaul ahead of Giampaolo’s arrival to add players to fit his vision, style of play and system could be ahead.

Personally, it’s hoped that Cutrone and Calhanoglu stay at least while others may have to stay on if suitable replacements can’t be found.

It’s difficult to see that happening in truth especially given we’ll be in mid-June by the time key appointments are made, but ultimately it’s clear who shouldn’t be sold and who will potentially leave as Milan try to start again with a new model in place to hopefully lead to a successful future on and off the pitch.