With neither Davide Calabria nor Andrea Conti convincing at right-back for Milan, it has led to speculation that a transfer reshuffle could be on the cards.

As noted by MilanNews, via the paper edition of Tuttosport, one of the pair could be set for an exit this summer as the Rossoneri consider a possible signing to address the issue in that position.

MilanNews (via Tuttosport) also add that Emerson, a 21-year-old Brazilian ace currently impressing on loan at Real Betis from Barcelona, could be seen as a potential solution in a deal which could cost us €20m.

SEE MORE: Why 18-year-old starlet could be ideal Plan B for Milan if Tonali swoop fails

With a need for more balance on the flanks given Theo Hernandez’s impact on the left and given the deal which brought him to us from Real Madrid has largely been a success thus far, a similar swoop is seemingly being lined up by Milan to perhaps bring Emerson to the club this summer.

Given Conti and Calabria have continued to struggle to fully convince, is it time for Milan to make a key change in that department?

Conti, 26, joined us from Atalanta in 2017 but has sadly since endured an injury nightmare having been limited to just 38 appearances for us in that time.

After back-to-back knee injuries, he has missed 63 games for Milan since he arrived, and given the severity of those setbacks, they have unsurprisingly taken their toll on him.

While he has shown flashes of his ability, particularly going forward with his work ethic to get up and down the right flank coupled with an excellent delivery, it has been all too inconsistent while he has been exposed on countless occasions defensively.

From his disastrous performance against former side Atalanta in December to being caught out at the back post after losing his man on several occasions, with some examples seen in the images below, the same issues come back to haunt Conti defensively and so question marks have to be raised if he doesn’t fix these weaknesses. 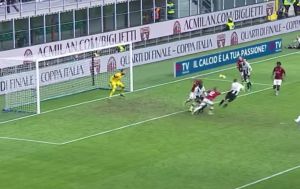 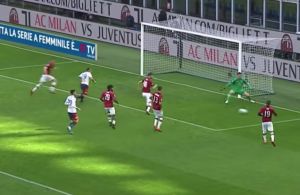 Has he had enough time to get back to full fitness and show the level of quality he displayed at Atalanta? Should Milan give him another year with a full pre-season under his belt? These are the questions that the hierarchy will have to answer this summer before making a decision.

Calabria has failed to kick on

There was a lot of hope around the 23-year-old after he came through the youth ranks, making his breakthrough for the senior side in the 2014/15 campaign.

He has since gone on to make 102 appearances for the club, and similarly to Conti while he has shown his quality at times, inconsistency has been problematic and it could be argued that he has perhaps stalled in his development.

In just 16 Serie A outings so far this season, Calabria has been sent off twice. That in itself is now raising question marks over his discipline and decision-making, while it has contributed to Conti surpassing him in the pecking order under Stefano Pioli.

Calabria has also made a habit of making silly mistakes with his distribution, gifting possession away to Edin Dzeko in the build-up to Nicolo Zaniolo’s winner for Roma against us in a 2-1 loss, while he went unpunished against Sampdoria after an even worse attempted pass. 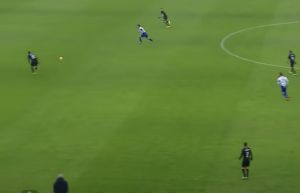 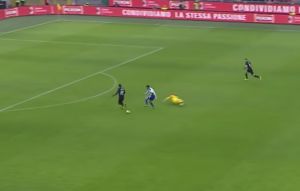 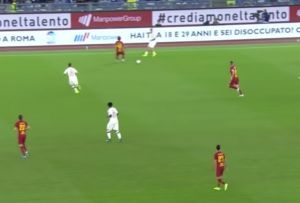 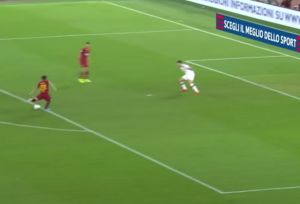 The smaller errors combined with the more glaring mistakes have raised doubts over Calabria, who himself has conceded that this hasn’t been a good season for him to date.

“I’m still young, but I have great experience. This year has not been positive for me, I’m not satisfied with what I have done so far,” he told the club’s official Instagram account last week.

“I must find continuity and stability, this year it hasn’t been like that.”

Time will tell if he can or even gets the chance to if Milan are preparing to move on. From Conti’s injury hell potentially ruining his stint with us to Calabria’s stagnation after initially impressing after his breakthrough, it may be time for Milan to consider their options.

With Hernandez given a licence to get forward as much as possible down the left flank, the responsibility on the right back to tuck in and defend is fundamental to our defensive shape. If neither Conti nor Calabria can offer a reliable and consistent presence there and are limited in their own quality on the ball, speculation could ramp up ahead of the summer.